Oh Lord, another superstar, and from SM, is talking about Kris’ decision to leave SM Entertainment. What did Heechul say and does the Kpop community agree with him? All that here with a pitch, seriously a pitch, of my opinion.

Oh, Heechul. First off, allow me to apologize for the lack of updates regarding Kris’ nullification lawsuit. Not much has happened in this saga aside from that Kris will not participate in EXO’s first solo concert. That was expected, don’t you think? A lot of people are suspicious of the news that has been, and is being, reported on Kris at the moment. Though, people did pay attention to Heechul’s comments regarding Kris’ nullification lawsuit on JTBC’s ‘Ssul Jeon’. It’s actually a hot topic. Here’s what he said:

“This situation is different.  In Hangeng’s case, Hangeng was only able to go on two broadcasts.  Whether it was because he was the only international member, there were many difficult situations hindering Hangeng’s activities.  In the case with Kris’s 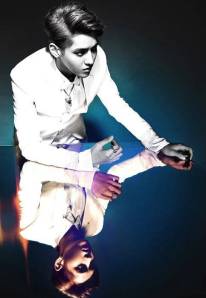 situation, the problem is neglecting the fans’ trust.  With only a week left before the concert, all movements, choreography, and music have turned on their heads. EXO has choreography for groups of six, but everything’s become upside down.  This is discourteous to fans that have been waiting.  If you look at it a certain way, you could have predicted this a bit as there were incidents even before this.  Even the fans know these parts, such as suddenly disappearing on stage, suddenly not appearing at the company even though he needed to promote, and [not returning to Korea] after going abroad.”

Here’s the video if you want to hear Heechul’s tone when talking about Kris’ situation.

Okay, now I’ve read the translations of the full discussion in the comment section of the video. It’s a lot deeper than the translations that AllKpop provided. I mean it’s the same, but they have the other hosts opinions on the matter aside from just Heechul’s. Now, I seriously have a problem with people turning Kris into a bad guy. I really do. The bottom line is that if Kris WANTS to leave SM then he has the RIGHT to LEAVE. Of course he has to fight his way out of the contract, but it’s HIS decision.  Heechul can say whatever he wants, because it’s his opinion, but I think he’s disregarding Kris’ reasons to leave SM at the moment.

This line right here, “In the case with Kris’s situation, the problem is neglecting the fans’ trust,” can go both ways for me. Yes, the fans are important to EXO and they were expecting Kris to perform at the concert, but when is the right time to leave the group? Heechul can list any activities he wants, but again when is the right time to leave the group? There’s never a right time to leave ANY K-pop group if he base his reasoning around the fans. If he does that then, despite any harsh condition the artist is in, they cannot leave the company. Is that what we fans should hold over Kris’ head? Yes, Exotics will feel upset, but are the fans entitled to Kris’ life?

If you think otherwise, then you’re no better than a sasaeng fan. I won’t apologize for that comment because those type of fans want to control these idols lives and fans shouldn’t do that. They should just support Kris’ decision. Another reason why I’m not too fond of Heechul’s comments is because he’s not providing any information that suggests that Kris is in the wrong. Give me some proof that he’s faking his health problem, that SM is scheduling activities with his consent, and that he wants to ultimately join another company then I will reconsider my opinion on Kris. If they (both sides) will not provide that information then “Go Team Kris”!

C’mon it’s Super Junior’s Heechul, so there’s obviously some people agreeing with him and also some people who aren’t. It’s a fight out here. I guess you can say that I disagree with Heechul. I won’t post any comments that people made regarding Heechul on here because there’s a lot I want to comment back on, but just read the comments on AllKpop. They have a lot. Most of them are agreeing with Heechul that this was a bad time for him to drop this lawsuit and that he is being rude to the fans. I won’t speak any more about this because I said everything I needed to say above. Fans have to understand that this whole ordeal will pass. I whether have a band-aid rip off my skin than to have it slowly peel off my skin and fans should have that type of mindset. But of course, people are entitled to their opinions. All I have to say is that Kris…stay awesome.

2 thoughts on “Super Junior’s Heechul Speaks on the Kris Case!”